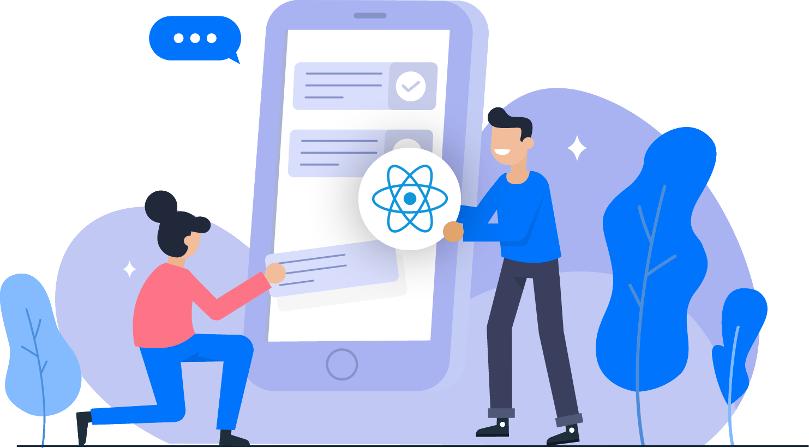 What is React Native ?

React Native (also known as RN) is a popular JavaScript-based mobile app framework that allows you to build naively-rendered mobile apps for iOS and Android. The framework lets you create an application for various platforms by using the same Codebase.

React Native was first released by Facebook as an open-source project in 2015. In just a couple of years, it became one of the top solutions used for mobile development. React Native development is used to power some of the world’s leading mobile apps, including Instagram, Facebook, and Skype. We discuss these and other examples of React Native-powered apps further in this post.

There are several reasons behind React Native’s global success.

Firstly, by using React Native, companies can create code just once and use it to power both their iOS and Android apps. This translates to huge time and resource savings.

Secondly, React Native was built based on React – a JavaScript library, which was already hugely popular when the mobile framework was released. We discuss the differences between React and React Native in detail further in this section.

Thirdly, the framework empowered front end developers, who could previously only work with web-based technologies, to create robust, production-ready apps for mobile platforms.

Interestingly, as with many revolutionary inventions, React Native was developed as a response to...a big technological mistake.

How does React Native work?

We mentioned React Native utilises JavaScript to produce the app's interface. Unlike its competitors (e.g. Ionic), React Native does not rely on web views, but the actual real materials provided by native platforms. It has built-in access to the native views and components, and can utilise native-written code and allow the API access to OS-specific features inside the app. The question is - how does that happen exactly?

React Native uses the concept of “bridge”, which allows for asynchronous communication between the JavaScript and Native elements - the bridge concept lies at the very heart of React Native’s flexibility. Native and JavaScript elements are completely different technologies, but they are able to communicate. 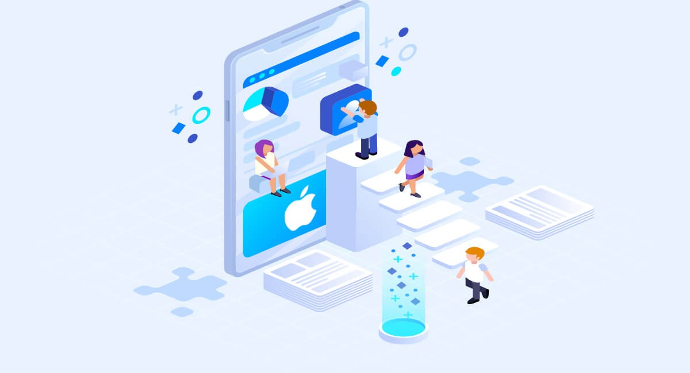 What is cross-platform development?

You don’t have to decide which audience to target, i.e., iOS or Android users, as cross-platform software runs on both, which gives you access to a wider user base.

There are some navigation and design differences between iOS and Android, which – in cross-platform development – are dealt with by default, thanks to the shared codebase. This helps with creating a consistent app brand identity on both platforms with less effort than if built on native.

This is one of the greatest advantages of cross-platform development – you can build just one codebase for both Android and iOS at the same time. Native app development requires writing code separately and frequently needs two different software developers to perform the job – one for iOS and one for Android.

Since only one codebase is required to handle iOS and Android, and everything is in one place, product development is much quicker. Cross-platform applications are built as single projects, even though they support different devices, and a large amount of code can be reused between platforms.

Building cross-platform applications can be 30% cheaper than building native apps, all thanks to the ability to reuse code and faster development, which directly impacts the cost.

What you’ve read so far might lead you to think that cross-platform development is flawless – it’s not, it has some disadvantages. Let us get into them right now.

It is a common myth that cross-platform apps perform worse than their native counterparts. For instance, both Flutter and React Native aim to run at 60 frames per second. In most cases, cross-platform applications can perform to the same standard as native apps provided that the developers have enough skill and expertise

With every new feature release for Android or iOS, it takes a while to update both apps to support the new feature. Native apps are provided with the updates quicker.

developed and presented to the world by Facebook in 2015, it works just like React, but allows you to build apps for both mobile and desktop. The beauty of it is that you can code in JavaScript without having to master any specific coding languages a platform might require like Java, Swift, or Objective-C. React Native is focused on building a great user experience for mobile devices, which makes it a suitable option for apps that require high responsiveness and intuitive use.

released in 2017 by Google, it can be used beyond cross-platform mobile development. Flutter is perfect for experimenting with new features and fixing small bugs thanks to its fast refresh feature. It lets developers instantly verify the changes made by the most current updates without the need to restart the app after editing the source code.

developed by Microsoft, this free and open-source solution allows 75-90% of the code to be shared between different systems. It’s written in C#, which requires developers to know the language – although it’s more stable, it’s also harder to pick up than JavaScript. Interestingly, Microsoft has itself made a turn towards RN in recent years. As of 2019, there were 38 Microsoft-developed iOS and Android apps that leveraged React Native.

We’ve discussed the products built using React Native, so let’s move onto the advantages of React Native development and why you should choose it as a solution to build your mobile app.

Being able to reuse code is the biggest advantage of React Native, and it indicates that apps can run effectively on multiple platforms – which is something that CEOs and Product Owners truly appreciate. They can integrate 90% of the native framework for reusing the code for both operational systems.

React Native is an open-source JavaScript platform that allows developers to contribute their knowledge to the framework’s development, which is freely accessible to all.

If any developer experiences a problem while developing an app, then they can turn to the community for support (as of mid-2020, there are nearly 50,000 active contributors to the React Native tag in Stack Overflow).

There will always be someone who’ll be able to help them resolve their issues – this also has a positive impact on improving coding skills.

Another advantage of React Native development is greater cost efficiency. As mentioned earlier, this is because developers are able to use the same code to build applications for iOS and Android.

It means you don’t have to hire two separate iOS and Android dev teams to finalize your project; a small team is enough to build it. The cost of developing apps in React Native is much lower than apps built using languages that don’t allow for cross-platform development.

Fast refresh allows developers to run the app while updating it to new versions and modifying the UI. Changes are visible immediately, and the developer is spared from rebuilding the entire app.

This leads to two significant benefits: time savings – as programmers save time on compilation and increased productivity – since they don’t lose any state while incorporating changes into the app.

React Native development uses React JavaScript to build the app’s interface, which makes it more responsive and faster with reduced load time, resulting in an overall better user experience. Thanks to the reactive UI and component-based approach, the framework is perfect for building apps with both simple and complex designs.

Some claim that React Native code might have a detrimental effect on an app’s performance. Even though JavaScript won't run as fast as native code, this difference is unnoticeable to the human eye. To further prove it, we decided to run a test comparing two versions of a simple application written in React Native and Swift – both achieved similar performance results.

Considering the pace at which the framework took over the market and its simple approach to resolving development problems, the future of React Native for cross-platform apps looks bright. Even though it has a few disadvantages, which we’ll discuss in the next section, its speed and convenience of development compensate for them.

With all this in mind, let’s now take a look at why React Native potentially might not be a great fit for you.